The neutral planet has major effects on life if it is aligned with other planets. In the native’s horoscope, it plays a major role in controlling the person’s emotions and other feelings. Therefore, if the position of Mercury is weak in the native’s zodiac, it can bring negative consequences in their life.

There are several astrological remedies that people can prefer to strengthen the weak position of Mercury. The effective remedies will increase the power of Mercury and thereby will positively influence your life. You can perform these remedies to improve math, business, reasoning, and artistic skills.

Green clothes: Green is the lucky color associated with Mercury and is the moist potential power in enhancing the positive power of Mercury. The native can wear anything green like green shirts, pants, bangles, or green accessories to increase the positive power of Mercury. Wednesday is the weekday that is believed to be associated with Mercury, and the power of the green color will be the most effective on this day.

However, if you wear new green clothes on Wednesday, astrologers suggest washing them and pressing them well before wearing them. It will increase your communication skill and positive influence on others.

Emerald stone: Emerald is considered the most auspicious stone to get the positive influence of Mercury. Emerald is also known as Panna stone. Astrologers believe wearing this stone provides self-confidence, positive thoughts, and enough concentration. Natives of Mercury can wear this stone in a gold or silver ring on the little finger. The ideal hand for Men to wear this stone is the right hand, and for women, the left hand is the perfect hand for women to wear Emerald.

The substitutes for an Emerald ring are an emerald pendant or necklace. If you can’t afford to buy an emerald stone, you can wear the root vidhara vine, which is believed to have the same positive influences as an emerald stone.

Perform charities: If a person wants to get more positive vibes from Mercury, a donation is an excellent way in astrology to increase the positive power of Mercury. If the native has a good intention for donating something to the needy and poor, it is an excellent work to get positive influences from Mercury. The natives can distribute foods and other things such as clothes, vegetables, and mung beans to get Mercury’s favor.

Wednesday is the day associated with Mercury, as we have mentioned earlier. The natives of Mercury can choose this day to perform donations and get the blessing from the planet.

Mercury mantra: Chanting Budh Mantra is considered tha best astrological remedy to get positive influence from the planet. There are several mantras with numerous instructions to appease the planet Budh. However, according to many astrologers, the simplest Budh mantra is “om brom breem brom sah budhaye namah.” the natives of Mercury can chant the mantra every morning after bath to get over the malefic influences of the planet on their zodiacs.

If the native wants to get more positive influence from the planet, they can wear something green while chanting the mantra. The natives of Mercury can also talk to astrologer who can guide them properly to find the most effective Mercury mantra.

Plan important works on Wednesdays: Vedic astrology believes that the positive powers of Mercury are the most influential on Wednesdays. It is advised that the natives of Mercury can schedule their most important tasks for this day. It is a perfect day when the native’s communication, positive thinking, and focus are on a heightened level. As Mercury is strong, the person will experience the strongest level of positivity.

If the native has a strong position of Mercury in their zodiacs, they can expect to get some positive news through communication modes like phone calls, emails, and postal services.

Keep Wednesday for fasting: The natives of Mercury can keep full or partial fasts on Wednesdays to get Mercury’s positive powers. If the native has a weak position of Mercury in their zodiac, they can suffer from indigestion and other health issues. Therefore, it is ideal for keeping a fast on this day to purify their body and get rid of health issues

However, it is ideal for drinking a lot of water to stay hydrated. In case of any health issue, the native must consult a doctor before keeping a fast on Wednesday to avoid severe health problems. 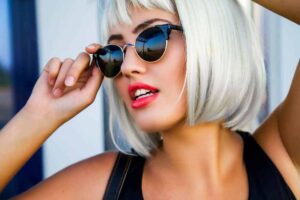 Next post The Best Wigs for Every Face Type‍

If you have diabetes, check your feet every day, even if they feel good, and visit your foot and ankle...